DC’s $100 million annual investment in the Housing Production Trust Fund (HPTF) is producing one-third fewer units today than 4 years ago, due to rising construction costs and other factors, a new analysis from DCFPI finds. The analysis concluded that at least $150 million is needed just to build the same amount of affordable housing as the $100 million built in 2015.

The report, To Ensure all Residents Have a Safe and Affordable Place to Call Home, DC Needs to Double Down on the Housing Production Trust Fund,  estimates that a $200 million investment in the Housing Production Trust Fund for fiscal year (FY) 2020 would not only return housing production to 2015 levels, but also put DC on a path to more fully meeting the housing needs of the District’s severely rent-burdened residents.

Doubling the District’s current HPTF investment is a substantial yet doable task. Mayor Bowser was willing to support the arrival of Amazon HQ2 by “doubling-down” on the District’s annual investment into the Housing Production Trust Fund, an acknowledgment of the need to invest more in building affordable housing. She has more recently demonstrated potential willingness to significantly increase housing investments by challenging policymakers to think creatively about “the single biggest issue” in the District – affordable housing.

“DC’s $100 million annual commitment to the HPTF is commendable,” said Doni Crawford, Policy Analyst at DCFPI. “But the reality is that those funds aren’t going as far as they used to, and are not enough to put us on track to meet the housing needs of DC’s severely rent-burdened residents. Doubling the investment in the HPTF is critical for addressing DC’s racial inequities and ensuring that all residents benefit from DC’s prosperity.” 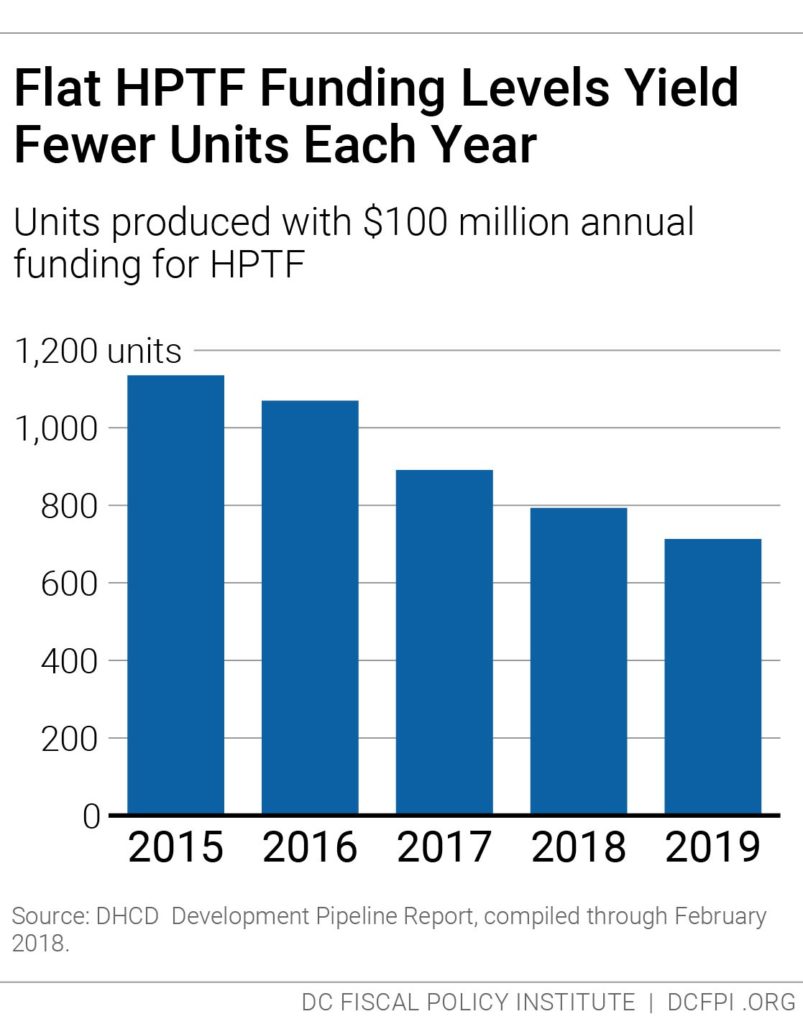