Over the past twenty years, the District has seen dramatic economic and population growth, including a development boom that has transformed the city’s skyline, remade neighborhoods, and changed the city’s employment landscape. These changes have led to prosperity for some, but that prosperity has not been reaching DC’s low-wage workers. DCFPI’s latest report shows how District leaders can adopt a “high-road” approach to economic development projects, by pairing development with quality jobs in ways that will support workers, strengthen the economy, and lead to high-quality development projects.

Moreover, job creation has not translated into wage growth for all workers; wages earned by the lowest-wage DC workers have barely changed in the last decade. While some industries experiencing growth require advanced education and skills in exchange for high wages, other industries experiencing growth are characterized by low wages and poor conditions, and there is often wage inequality within industries. 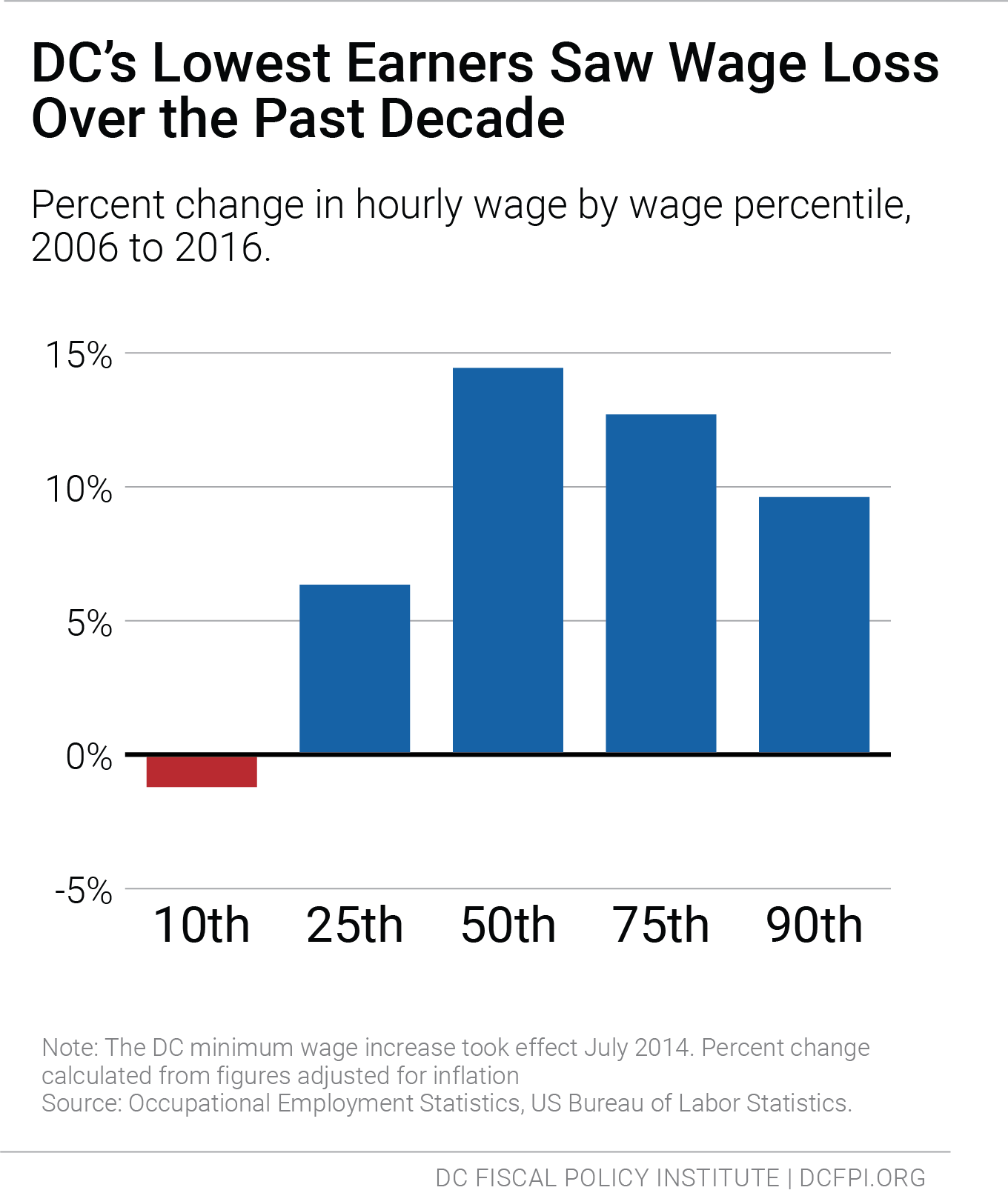 Yet District leaders have repeatedly chosen to sweeten development deals with large subsidy packages, without setting or enforcing job quality standards for workers. In projects such as the Wharf and Union Market, the city has subsidized low-wage, low-quality employment that makes it hard for workers to make ends meet, while the cost of living continues to rise in DC.

The District’s economy requires workers at every skill level, but when developers pay low wages, low-income residents remain poor or sink deeper into poverty. By taking a high-road economic development approach—in which developers partner with unions, invest in workers, and provide quality employment opportunities to residents—the District can ensure that the city’s ongoing growth provides benefits to the DC residents and workers who have been left behind. High-road development is associated with higher wages and benefits, reduced incidents of wage theft, and boosts to the local economy when workers spend their additional earnings. And, it helps ensure that projects are completed in a timely way and with high quality.

Looking to other jurisdictions that have taken a high-road approach can equip the District with tools to adopt high-road development. By enforcing existing labor laws, requiring any economic development subsidies to include strong job creation and quality standards, and penalizing subsidy recipients if they fail to meet job quality requirements, policymakers can work towards growth that is shared with the residents and workers who have been left behind.