This may sound crazy: I lost very talented colleagues at the DC Fiscal Policy Institute over the last year, as they made career transitions — and I couldn’t be happier!

Here’s why. Elissa Silverman was sworn in last Friday’s as the newest at-large member of the DC Council. And just yesterday, Mayor Bowser announced her appointment of Jenny Reed as the District’s Deputy Budget Director. I am kvelling — that’s Yiddish for “gushing with pride and excitement” — for Elissa and Jenny! 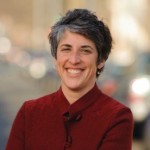 Elissa Silverman worked at DCFPI five years before leaving in April 2014. She focused on improving the city’s job training programs and helping DC residents get good jobs, in addition to leading our communications efforts. Elissa accomplished amazing things, like compiling information for the first time on all job training and adult education programs operated by DC government agencies. Showing the fragmented nature of job training helped DC’s policymakers see the need to better coordinate these services, a message now mentioned by Mayor Bowser. Elissa also played a very prominent role in efforts that led to an increase in DC’s minimum wage to $11.50 by 2016, making DC’s one of the highest in the nation. 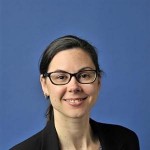 Jenny Reed joined DCFPI in 2008 and most recently has been our Deputy Director. Jenny is widely recognized as an expert on many DC issues, including the city’s budget, affordable housing, tax policy, and poverty trends. Like Elissa, Jenny can claim many accomplishments. Her research made crystal clear the dimensions of the city’s affordable housing shortfall. She used that to work with policymakers to increase funding for critical affordable housing programs.  Jenny helped lead efforts last year to address the family homelessness crisis, and as a result homeless families are being served far better this year. In her spare time, Jenny pushed for ways to make DC’s budget more understandable, so that residents can have a greater say in how the city spends its money. She’ll be doing more of that in her new role with Mayor Bowser.

Of course, I am really sad to lose colleagues from down the hall. But it is great to see such strong leaders succeed, and I know that the District will be a better place because Elissa Silverman is sitting on the DC Council dais and Jenny Reed is helping shape DC’s budget.

And I plan to visit them a lot in their new offices!