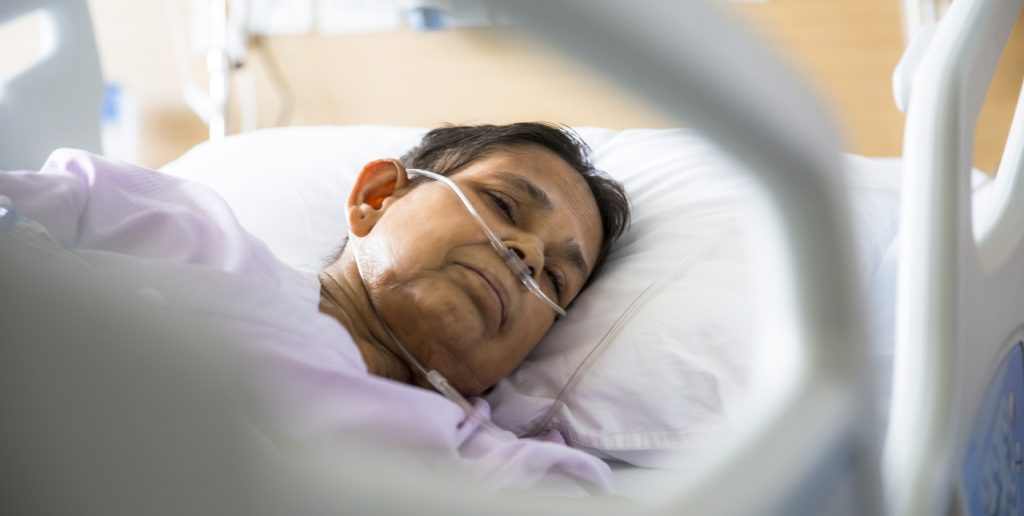 The DC Healthcare Alliance—a health program for uninsured DC residents that primarily serves immigrants—suffers from a very high rate of turnover, or “churn.” Data from the District’s Department of Health Care Finance (DHCF) show that only half of Alliance participants renew their eligibility when it comes up. Given that the program’s renewal period is just six months, this means that the Alliance participation pool is turning over at a very high rate, and that many participants have only intermittent health coverage.

The reason for the high rate of Alliance churn is not a mystery. It instead reflects a policy choice made by the Mayor and DC Council nearly a decade ago. Starting in 2011, Alliance participants were required to visit a DC social service center every six months to maintain their eligibility, rather than having a 12-month renewal period like Medicaid. Research shows that shorter recertification periods create a barrier to participation and lead to a higher rate of churn. Given that many Alliance members are working – often at jobs without paid leave – and that visiting a social service center can take an entire day or longer (many are not seen the first day they visit), the six-month in-person recertification process means foregoing a day or more of pay and risking losing a job to maintain health coverage. Imagine having to visit the DMV in person every six months to keep a driver’s license.

The six-month recertification requirement and the high rate of churn in the Alliance appears to be contributing to poor health outcomes for Alliance participants and to an increase in the program’s cost for the District in recent years. Research shows that a high rate of churn can increase health programs’ cost because it limits access to preventive care. In addition, participants are sicker when they re-enroll, and the residents most willing to go through the difficult process of maintaining coverage are those with the greatest health needs. Research also shows that health care costs go down the longer someone is covered by insurance, because continuous coverage improves access to preventive care and makes it possible to seek prompt care when health problems arise.

The high rate of turnover in the Alliance thus partially explains why its costs have grown sharply, doubling in just the last four years, even though the number of participants has not grown. The cost increases also appear to reflect other factors, including a growing number of older participants.

Replacing the six-month in-person Alliance requirement with a longer and more convenient renewal process would go a long way to improving health care access for DC’s immigrants. More DC residents would have health insurance and maintain continuous coverage. In addition, program costs per person would likely go down, or at least stop growing at the extremely high rate they are growing now, as residents receive better care and as healthier residents, currently discouraged from staying on, are able to maintain coverage.

The DC Council adopted legislation in 2017 to replace the six-month requirement with a one-year recertification requirement and allow Alliance participants to renew their eligibility through community health centers, but it has not been implemented because the Mayor and Council have not yet identified the funding needed to serve the thousands of residents expected to receive coverage as a result of the change. The Chief Financial Officer (CFO) estimated that the higher health costs would total $27 million per year when fully implemented, based on the current average per-person cost of care in the Alliance.[1] Yet as noted above, there is a good chance that costs per participant will fall, which means that the ultimate cost to DC could be lower.

The Healthcare Alliance Suffers from a High Rate of Churn

In the last 18 months, just half of the Alliance beneficiaries who were up for renewal ended up renewing their benefits.[2] When people who did not initially renew but then renewed within 60 days are counted, the renewal rate is still only 55 percent, which is remarkably low.

Generally level Alliance participation means that nearly half of the Alliance participants turn over every six months. It is highly unlikely that the turnover reflects a dramatic change in who is eligible for the Alliance, since income and residency are likely to be more stable than that.

It instead more likely reflects eligible people who join the program but then fall off due the Alliance’s recertification requirement, which is far more burdensome than those of other public benefit programs, such as Medicaid. There is a substantial body of research showing that frequent recertification leads to a high rate of churn.[3]

Given these barriers, the high rate of Alliance participants who do not renew every six months is understandable.

While the number of Alliance participants has not increased, program costs have grown 21 percent per year between 2013 and 2017, at a time when medical inflation was 3 percent. It is likely that churn is a factor behind rising costs and that replacing the six-month recertification requirement would ultimately result in lower per-person costs in the Alliance.

Indeed, because the Alliance largely serves an immigrant population, its costs should be relatively low. Immigrants tend to use health services more sparingly than the native-born, because of a combination of cultural differences, relative health and language barriers and therefore have lower medical expenditures than similarly situated citizens.[6] [7]

Instead, Alliance costs are rising sharply per person, due at least in part to the churn created by the six-month recertification requirement. Interruptions in medical coverage for low-income residents can lead to higher use of expensive health care services (like those delivered in emergency rooms), and increases in health care costs, as participants are sicker when they re-enroll. For example, one study of Medicaid beneficiaries with diabetes who had a break in enrollment found that their use of inpatient hospital services and emergency rooms was much higher upon their return than when they had been previously enrolled.[8]

Beyond that, continuous health care coverage leads to lower health care costs per person. For example, one analysis  found that monthly expenditures for adults on Medicaid averaged $512, but when they were insured for 12 months, the average monthly expenditure was just $326 per month (Figure 1.)[9] This is in part because people tend to enroll when they have a current health need and get care early, but their needs normalize as they stay on for longer periods. It also is likely to reflect that continuous health care coverage makes it easier to stay connected to health care providers, receive preventive care, and receive prompt care when a health need arises. Research shows that reducing churn in Medicaid reduces the likelihood of inpatient hospital admissions and emergency room visits.[10]

The six-month recertification period in the Alliance means that eligible residents are most likely to seek coverage only after they get ill, and that residents willing to take the steps to maintain coverage are those with the worst health needs. As a result, Alliance participants are likely to be sicker on average than eligible residents who choose not to enroll or renew their coverage.

Replacing the six-month in-person recertification process would improve the health of immigrants in DC and help the Alliance operate as a more traditional health care program, where participants maintain eligibility and thus are better able to manage their health care. Indeed, it is likely to address the key flaws in the Alliance now.

This also means that the estimated costs of replacing the six-month re-enrollment requirement may be overestimated. The CFO estimated that the higher health costs would total $27 million per year when fully implemented, based on the current average cost of care in the Alliance. Yet as noted above, there is a good chance that current costs per participant are made higher by the six-month recertification and that they will fall if a 12-month recertification is put in place, which means that the ultimate costs to DC would be lower than $28 million.

Moreover, replacing the requirement is the right thing to do. DC has been a leader in improving health insurance coverage to improve residents’ health and reduce health disparities. Eliminating barriers to care is a critical component of those important city goals. Removing the six-month in-person eligibility requirement for the Alliance program is crucial for increasing health equity and would go a long way towards affirming support for our immigrant neighbors and supporting their health care needs.

[4] Testimony of Wes Rivers, DCFPI, and Chelsea Sharon, Legal Aid Society of the District of Columbia, before the DC Council Committee on Health and Human Services, March 12, 2015

[5] Testimony of Curt Campbell and Carolyn Rumer, Legal Aid Society of the District of Columbia, before the DC Council Committee on Human Services, March 1, 2019.