This Black History Month, and every day of the year, we are reflecting on the ways in which public policy can be used as a reparative tool for Black people and Black communities in DC. The District’s Black and brown communities still endure the harmful effects of past policies that penalized cannabis and criminalized their communities. This new Council Period, DC policymakers can continue advancements in racial equity (as envisioned in the Racial Equity Achieves Results Amendment (REACH) Act of 2020) and help build a just economic recovery by ushering in reparative and racially inclusive recreational cannabis policy.

With the Democratic majority in Congress and evolving mindsets on the responsibility that we have to undo the devastating effects of the racist war on drugs and mass incarceration, Congress could give DC its autonomy to legalize the sale and regulation of recreational cannabis later this year. In the meantime, the DC Attorney General has already concluded that policymakers can proceed with legislative hearings on regulating the sale of recreational cannabis. Our new report, “First in Line,” recommends that when District leaders move forward with these hearings, they include measures that ensure Black and brown people come first by addressing the historic harm that criminalization caused to their communities, ensuring that access to the new industry is equitable, and intentionally using cannabis tax revenue to build Black and brown community wealth. 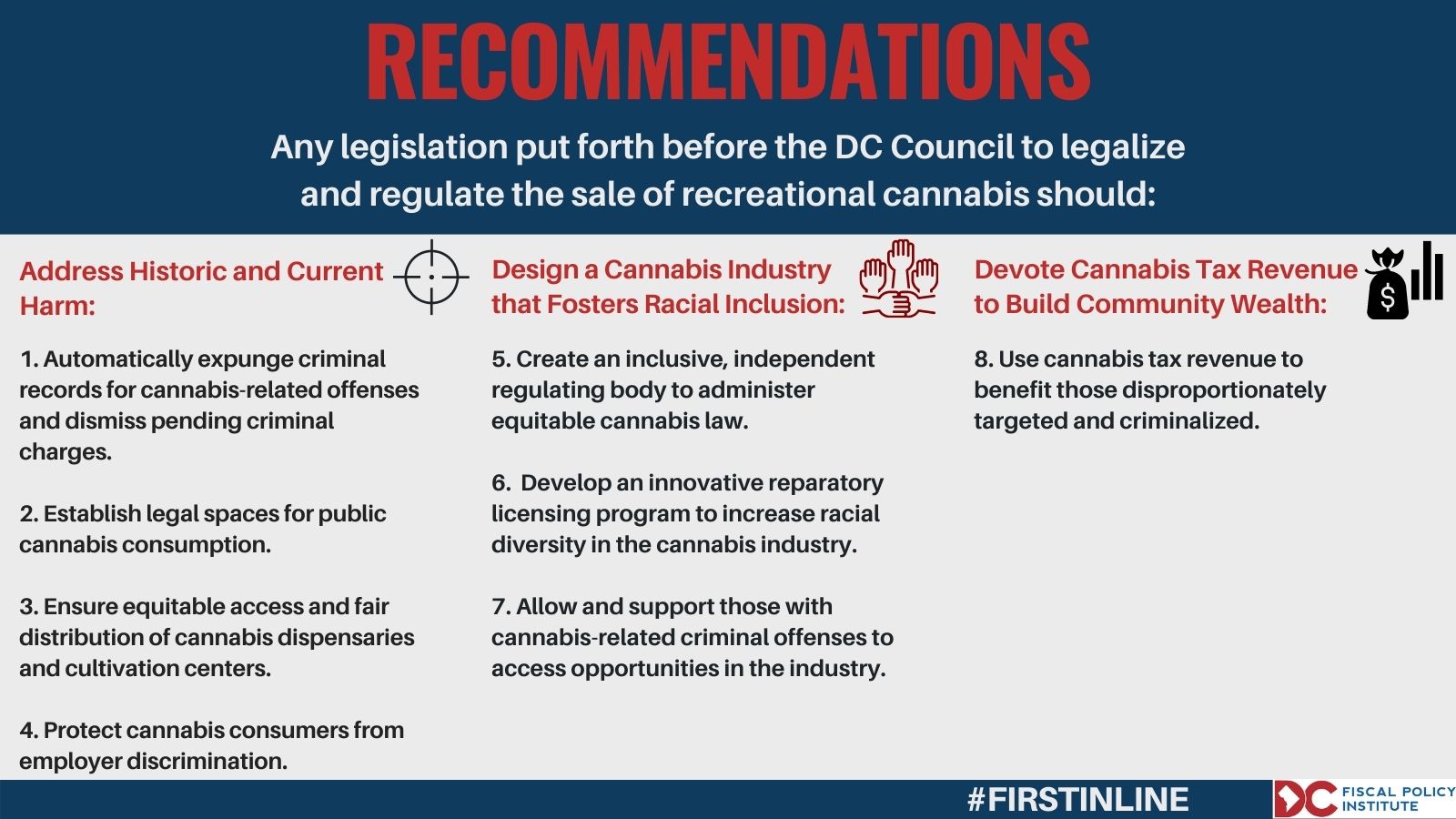 Understanding the history of cannabis policy exposes the need for us to get this right. Early racist associations connecting cannabis usage to violence in Mexican, Japanese, and Black communities laid the groundwork for cannabis prohibition and the “war on drugs”—both of which fueled unjust over policing and mass incarceration of Black and brown people. Criminalization directly harmed many Black and brown families’ ability to be hired for a job, secure housing, receive federal financial aid for higher education and financial assistance to support their family, drive, own a business, vote, etc. Now is the time to atone for these historical injustices by ushering in a new cannabis industry in DC rooted in justice. Without intentionality, legalization alone will never be enough – and will only further structural racism.