In many ways, the District of Columbia is an economic powerhouse, with the fastest job growth in the region and lots of jobs with good wages. But that is not the way the DC economy looks to everyone. Many Black residents remain out of work despite actively looking—resulting in a growing Black-White unemployment gap. And female DC residents get paid less than their male counterparts, especially when it comes to middle- and high-wage jobs.

This is troubling, because a key public policy goal—especially in a city as economically robust as the District—should be quality employment for everyone who wants to work. 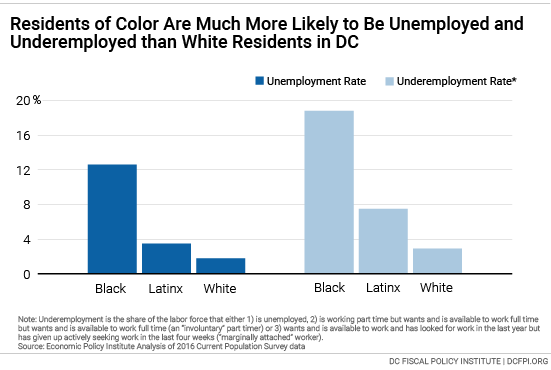 Seven years into an economic recovery, Black workers in DC face an unemployment rate that looks more like what would be expected in a recession.

Women and men in DC earn about the same in the lowest-wage jobs, those that are at or close to the minimum wage. But there is a big wage gap in the rest of the earnings scale, especially for the top-earning workers. 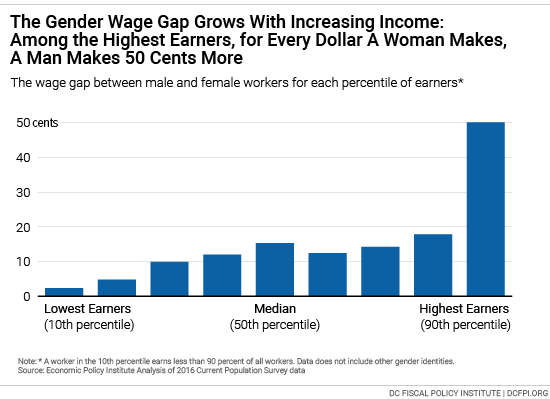 These employment and wage gaps reflect a number of factors, but at the most fundamental level they result from discrimination and a historic and systemic denial of equal access to education and job opportunities for people of color and women. In any economy, but especially a strong one like DC, access to jobs with good pay and benefits is a key measure of fairness. The employment and wage gaps are a powerful reminder of why we must continue to work to break down barriers to good jobs.