The Trump Administration’s Fiscal Year (FY) 2019 budget eliminated the DC Tuition Assistance Grant (DCTAG), which helps make higher education more affordable and accessible for thousands of hardworking DC students. Compared to states, DC has limited public higher education options. With DCTAG, District students face fewer barriers to accessing and benefitting from the quality education provided by the prominent and diverse colleges and universities in the DC area and across the country. The Mayor’s office and Councilmembers are currently petitioning Congress to fully fund DCTAG in the federal government’s FY 2019 budget. 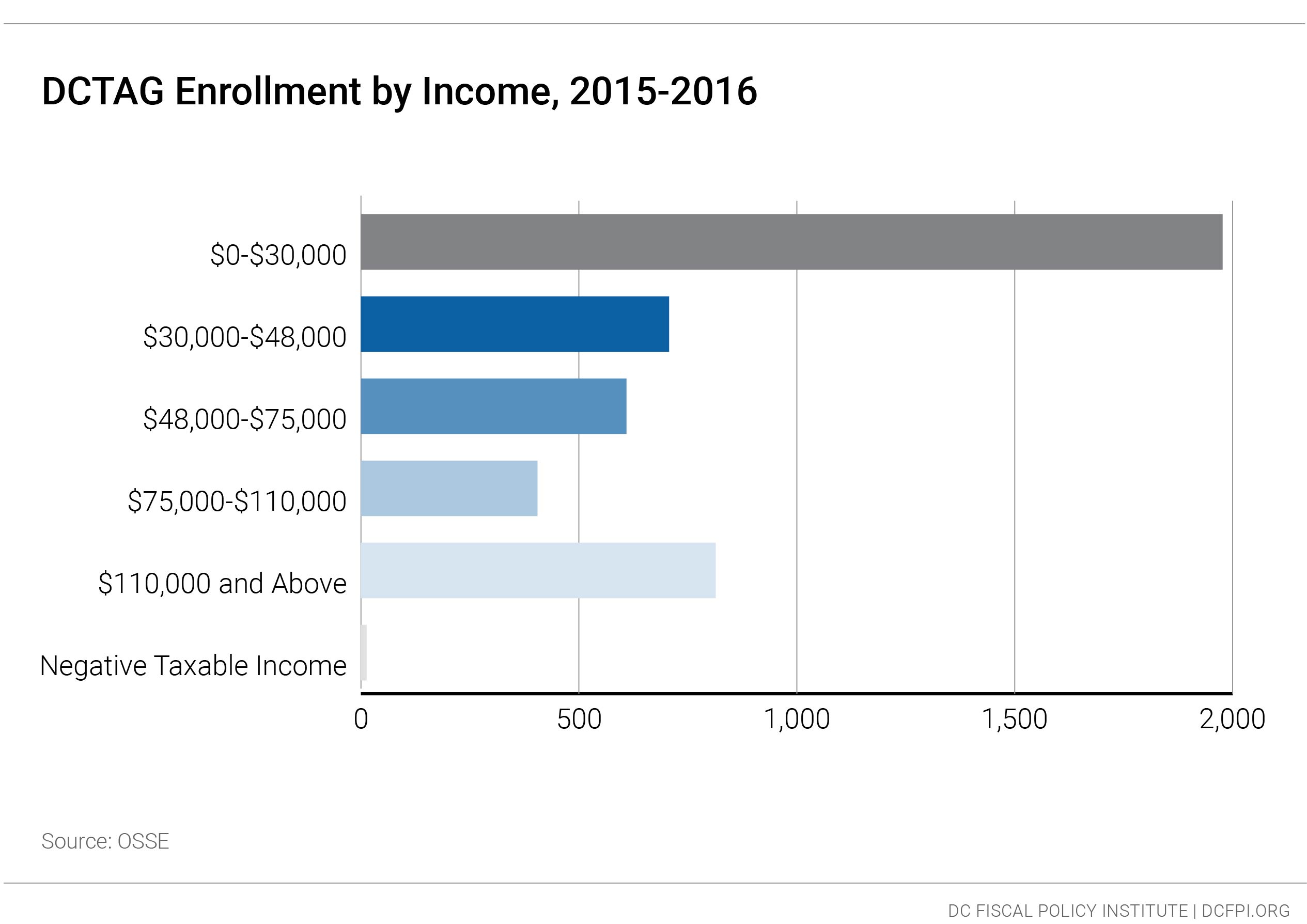 Over 26,000 students have used DCTAG to help finance their first college degree since the program was created in 2000. DCTAG provides qualifying District students with grants of up to $10,000 per academic year toward the difference between in-state and out-of-state tuition at public colleges and universities all over the country, and grants of up to $2,500 per academic year toward tuition at private colleges in the Washington, DC Metropolitan area and Historically Black Colleges and Universities. Recipients may be awarded the grant for a maximum of six years.

The University of the District of Columbia (UDC) is the only public university in the District providing community college, undergraduate, graduate, and law degrees. With UDC already serving over 4,500 students, scholars ready for college need more than one option to obtain an affordable degree. Because of DCTAG, District students continue their education at more than 570 colleges and universities across the country and the U.S. Virgin Islands that they likely would not have been able to access otherwise.[5]

DCTAG has a legacy of bipartisanship, despite facing threats before. Originally created under the District of Columbia College Access Act, DCTAG was set to expire after 5 years. It has been reauthorized twice since its inception, and the most recent reauthorization in 2007 extended the program’s funding through annual appropriations until FY 2012. DCTAG now operates under a Continuing Resolution. It received $40 million in each of the past three school years.[6] The program supports students as they reach their fullest potential, enhancing our workforce and producing smart, critical, and creative residents.