A new DC Council proposal would address the problem that many people who serve us at restaurants or stock store shelves suffer from uneven weekly hours and schedules that can change on a moment’s notice. The new proposal would require chain businesses in DC to announce schedules three weeks in advance and offer part-time workers more hours when there is a job opening, rather than hiring another part-timer. The DC Council should adopt these common-sense reforms, which have the support of most DC residents according to a recent p 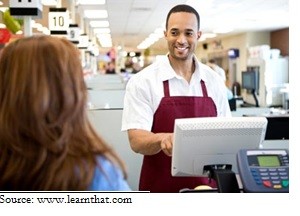 The scheduling practices of retail stores, restaurants, and other service-oriented employers in the District make it hard for thousands of workers — mostly low-wage — to budget for their basic monthly expenses, arrange childcare, pursue education or training, or hold down a second job to try to make ends meet. Many companies make frequent schedule changes in an attempt to match staffing with customer traffic, according to a DC Jobs with Justice survey of over 400 service-sector workers. This means that workers often receive schedules just days or even hours before they are expected to report to work, are sent home early if business is slow, or even show up to work to discover that their shift has been cancelled.  And some are required to be “on-call,” preventing them from making other plans, with no guarantee they will work any paid hours.

While some employers recognize this is bad for workers and their families, these practices continue in many businesses. The Hours and Scheduling Act, introduced this week with support from eight Councilmembers, would require chain restaurants and retailers to:

These reforms would make it easier for families to create a stable and nurturing environment for their children. Family incomes would be more stable, at a time when incomes of U.S. households are becoming more volatile. Parents would find it easier to arrange child care, plan monthly budgets, and take a second job if needed. Workers with more predictable schedules also would be better able to seek education or training to help them move ahead.

DC residents understand the importance of predictable and stable work schedules, according to an October 2015 poll commissioned by DC Jobs with Justice and the DC Fiscal Policy Institute. Some 87 percent support requiring workers to get schedules in advance, and 88 percent feel that part-time workers should get a chance to take hours that become available.