In early summer, DC residents showed their support at the ballot box for making sure tipped workers can earn a decent living and fair wage. Initiative 77, approved by 56 percent of DC voters, will increase the tipped minimum wage until it reaches $15 an hour in 2026. Despite overwhelming support of the initiative, seven DC Council members have supported repeal legislation that would continue to allow employers to pay a subminimum wage to tipped workers.

There are promising signs that DC restaurants can pay their tipped workers more and continue to thrive, from research and from the seven states that already pay tipped workers the full minimum wage. When San Jose voted to increase its minimum wage from $8 to $10 an hour over two years, with almost all of the increase enacted in the first year, economists from the Institute for Research on Labor and Employment found that restaurants (both full and limited service) increased prices by just 1.45 percent on average. They also found that increases to the minimum wage did not negatively impact restaurants bordering other jurisdictions.

There are other indications that restaurants in One Fair Wage states are able to pay tipped workers more without increasing menu prices much. Some popular dining establishments in the District also have locations in Washington and California, which both have One Fair Wage. Gordon Biersch, for example, serves legendary garlic fries for $6.79 in the District and $8.32 in Seattle. The Daily Grill has a trout amandine on the menu for $23.50 in the District and $24.50 in San Francisco. Similarly, the average price for burgers from the top 10 burger joints in the District (based on rankings in local news stories) and San Francisco are a little more than $14.00. Selected menu items from IHOP and Denny’s differ no more than two dollars in cost between One Fair Wage cities and the District.

The experiences of other states suggest that with time to adjust, DC restaurants can pay their workers the full minimum wage and still thrive. In places with One Fair Wage, restaurant employment growth is healthy, and customers still tip. 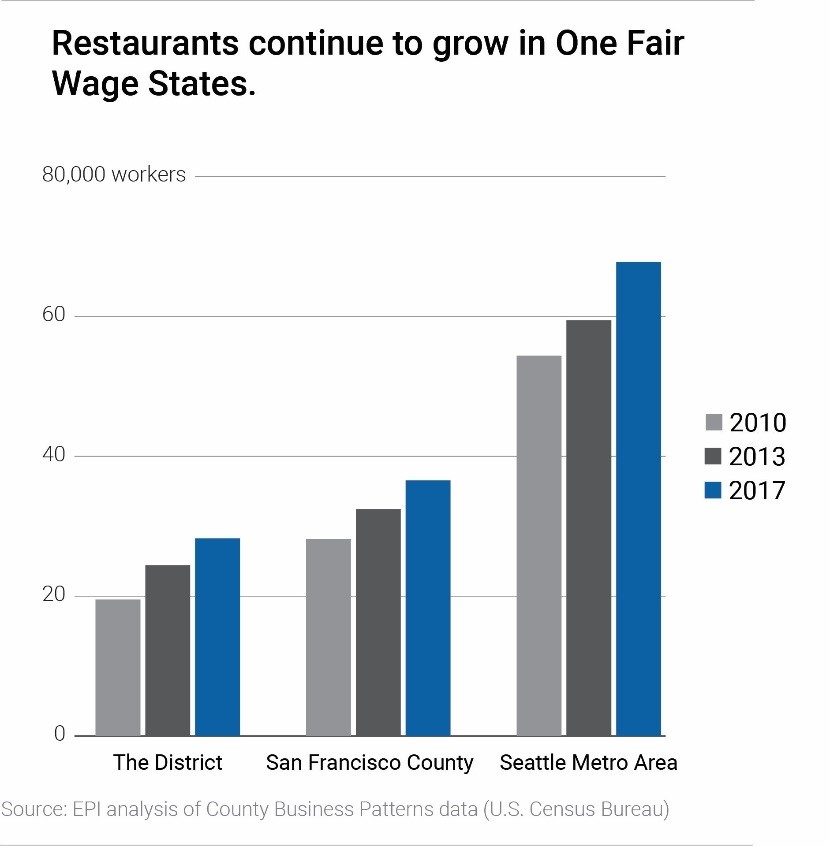 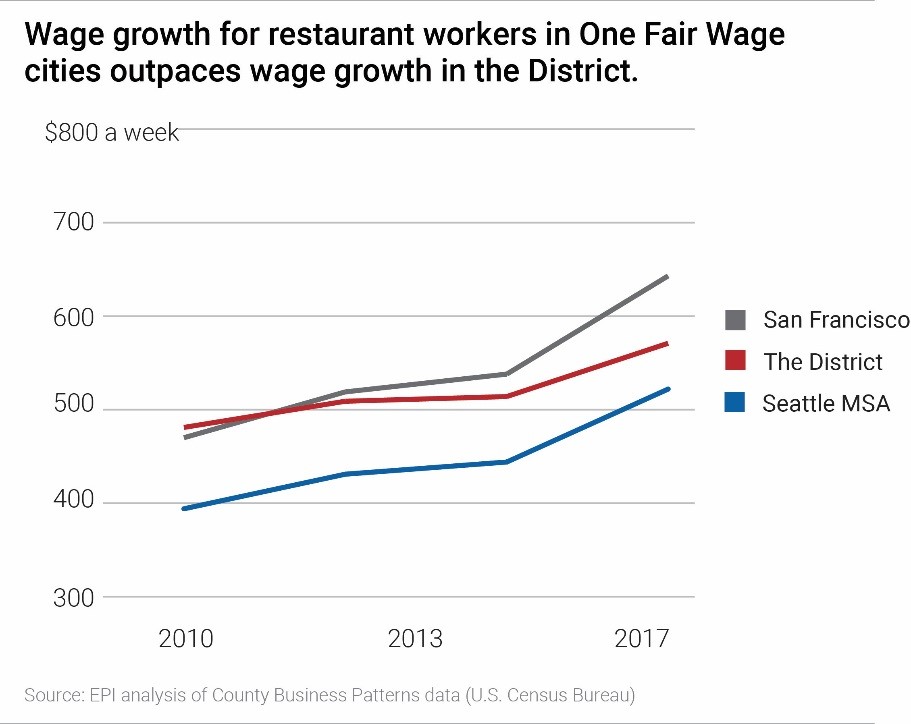