There is a great opportunity to enhance the voice of DC residents in our democracy—particularly residents of color and women—by providing public funding to candidates for major DC offices. Legislation adopted unanimously today by the DC Council, on an initial vote, will provide a public match for small donations to candidates for Mayor, the DC Council, Attorney General, and State Board of Education. This will increase the racial, gender, and economic diversity of people who donate to campaigns, and of the people who run for office. After the Council adopts this legislation on a second and final vote, the Mayor and Council should find the funding to implement it. 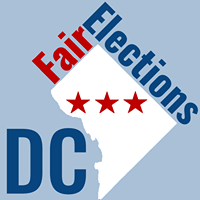 DCFPI is a proud part of the coalition supporting the Fair Elections Amendment Act, which offers public funding to candidates who show they have a base level of support from DC residents. Public funding includes a base amount and a 5-to-1 match for small donations—under $200 for Mayor and Council Chair, for example, and under $100 for other Council seats—from DC residents. Candidates accepting public financing cannot accept larger donations or corporate contributions.

Public financing will encourage more people to donate to campaigns and to run for office. It will be especially helpful to candidates who do not have large networks of major donors, including first-time candidates. Bringing in more diverse voices to major DC elections will strengthen DC’s democracy.

The DC Fiscal Policy Institute applauds the Council and encourages the Mayor and Council to fund this important program.