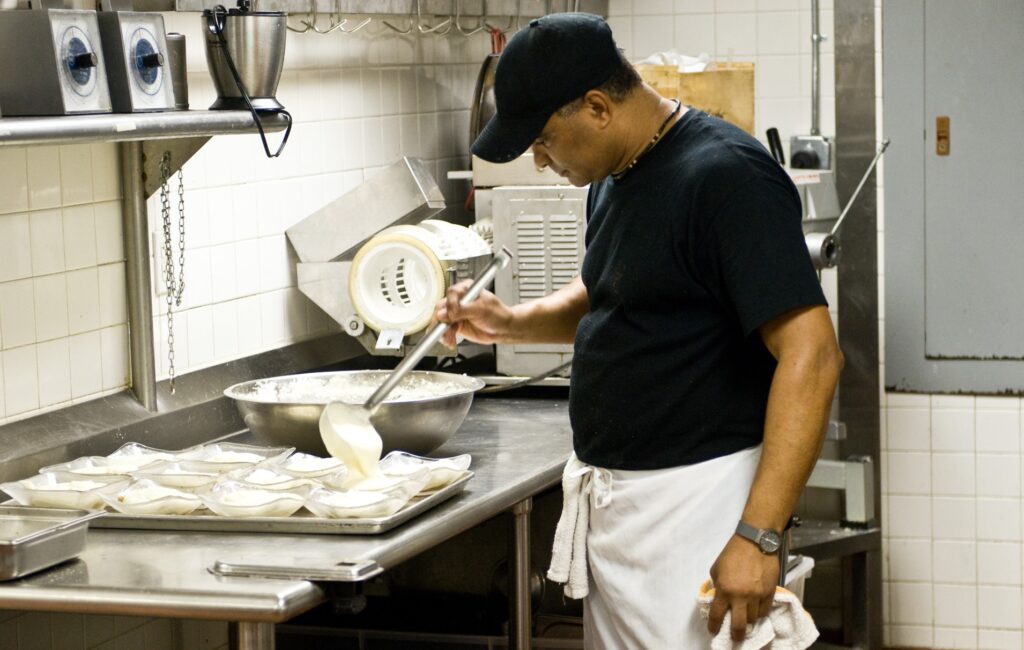 Black residents in the District are more than five times as likely to live in poverty and have roughly one-third the income relative to white residents, according to new data from the Census Bureau’s American Community Survey. The data also show the poverty rate has risen for Black residents relative to 2019, and the persistence of income inequality over the last decade for Black and Latino residents. Moreover, the Supplemental Poverty Measure (SPM) for DC underscores that offsetting the high cost of living in DC will require even more robust investments in economic supports.

Overall, the District saw a statistically significant increase in the number and share of people living below the poverty line—$27,740 for a family of four, according to the Official Poverty Measure (OPM)— relative to 2019. Residents living in poverty find affording the basics such as rent, food, and utilities to be a daily challenge, and the harm of not being able to make ends meet leads to long-term consequences for children growing up in poverty. That increase seems to be driven largely by the harm of the pandemic and resulting economic shutdown on Black residents.

There is a general consensus among experts that the OPM—which is based on pre-tax cash income relative to an income threshold set at three times the cost of the basic food diet in 1963, adjusted for family size—is an antiquated method for measuring the true extent of hardship in America. This is because it excludes a number of cash or near-cash supports that many District residents received in 2021, including the federal and DC Earned Income Tax Credits (EITCs), the expanded federal Child Tax Credit, and Supplemental Nutrition Assistance Program payments.

Nationally, the SPM, which includes these forms of assistance in calculating income and sets a threshold based on a fuller range of living expenses, including housing, showed a dramatically lower poverty rate than the OPM (7.8 percent compared with 11.6 percent) in 2021. Three-year averages offered at the state level show that the poverty rate in the District is roughly the same across the two measures, or about 14.6 percent. That likely means that some of the robust economic supports like the federal and District level EITCs are offset by household expenses like extremely high housing costs. However, we know the programs not captured in the official poverty measure make a difference. Analysis from the Urban Institute earlier this year, for example, showed that child poverty in the District as measured by the SPM was reduced by more than half due to the (now expired) expansion of the Child Tax Credit under the American Rescue Plan Act.

New data on median household income show ongoing stagnation for Black households and some backtracking in progress for white households. Half of all households have income above the median income and half have incomes below it. Overall, median income declined to $90,088 in 2021 from $97,780 in 2019 (in 2021 dollars), showing the effects of joblessness during the pandemic as well as rising inflation reducing the buying power of workers’ take-home pay. The decrease overall appears to be driven largely by a decline in white household income, with Black and Latino household income remaining statistically unchanged.

The picture for 2021 shows longstanding inequities by race continue to hold down income for Black and brown communities, and even with DC-level investments in economic supports, that trend will likely persist in 2022 and 2023.

Several important investments in economic supports adopted by lawmakers in 2021 are taking effect in 2022 and 2023. For example, DC’s EITC increased to 70 percent of the federal credit (from 40 percent) as of tax year 2022 and will jump to 85 percent in tax year 2023. In addition, about 3,000 early educators in the child care sector were eligible to receive a pay supplement of $10,000 to $14,000 as of August 2022 and will see permanent, large pay increases in 2023. DC’s minimum wage also recently increased in July to $16.10 per hour from $15.20 per hour. The effects of these and other investments and policy changes may show up in either the official or the supplemental poverty measure in future years.

However, unemployment may go up, not down, for Black workers. In 2021, the average unemployment rate for Black workers in DC was 11.6 percent, or nearly double the overall rate (6.1 percent) and nearly four times the rate for white workers (3.1 percent). 2022 could be worse for Black workers in DC, according to Economic Policy Institute’s analysis of quarterly Bureau of Labor Statistics data showing that Black unemployment in the first quarter of 2022 stood at 12.5 percent, compared with 1.7 percent for white workers—a more than 7 to 1 ratio. And, any efforts the Federal Reserve takes to soften inflation by increasing interest rates could reduce demand for workers and suppress wages, increasing Black unemployment in particular. Without sustained federal support to cushion the harm, Black hardship could increase as a result.

It’s clear that more must be done to break through the Black-white disparities in employment and income. The District can look to additional ways to combat longstanding inequities like jobs programs that connect Black and brown workers to meaningful, well-paid work and a local, well-targeted child tax credit to get more cash to economically struggling families with children.