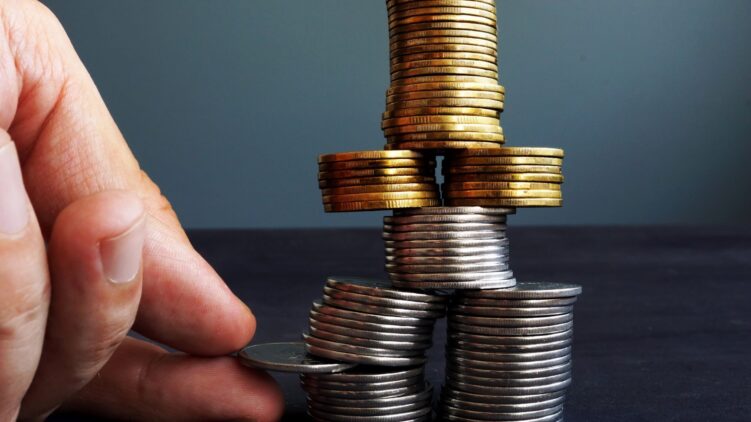 The District’s economy and tax collections are doing somewhat better than projections in September, but very substantial financial challenges remain, especially this year and next, according to the CFO’s December 30th revenue forecast. DC government agencies have already started cutting funds for vital services, such as homeless services, and it is our understanding that Mayor Bowser is asking some agencies to propose even deeper cuts as they prepare for fiscal year (FY) 2022. Even with the recent improvements in the revenue forecast, revenues are still projected to be more than $2.5 billion below pre-pandemic levels over the course of the four-year financial plan.

The Mayor and Council will need to take assertive steps to protect residents and small businesses most harmed by the pandemic, such as using more of DC’s reserves and raising revenues from DC’s big corporations and wealthiest residents, who have actually seen their wealth grow in the pandemic. Failure to do so will add to the challenges faced by people struggling to pay rent and put food on the table, slow down the city’s recovery from the pandemic, and widen racial inequities.

The forecast shows the current year, FY 2021, is $144 million out of balance three months into the year, which lawmakers must address over the remaining nine months of the year (Figure 1). The forecast also reinforces the harm of the pandemic on services for DC residents as the Mayor and Council begin work on the budget for FY 2022. The forecast shows a revenue shortfall of $153 million compared with projections adopted in the budget last summer, even though the budget already called for a $270 million reduction in spending in FY 2022, adjusting for inflation. This means the budget outlook for FY 2022 could require spending $420 million less than in FY 2021. That’s a significant drop—equivalent to cutting 21 percent from the budget for DCPS and public charter schools.

On the positive side, the forecast shows that the District will collect nearly $400 million more than expected in the year that just ended, FY 2020, where lawmakers cut the budget substantially in the middle of the year in response to the pandemic. A substantial share of those revenues should be available, once an audit is completed in January, to help balance the budget in FY 2021 and beyond. But this surplus would not be enough to erase the city’s financial challenges over the course of the four-year financial plan—a $68 million deficit would still remain. 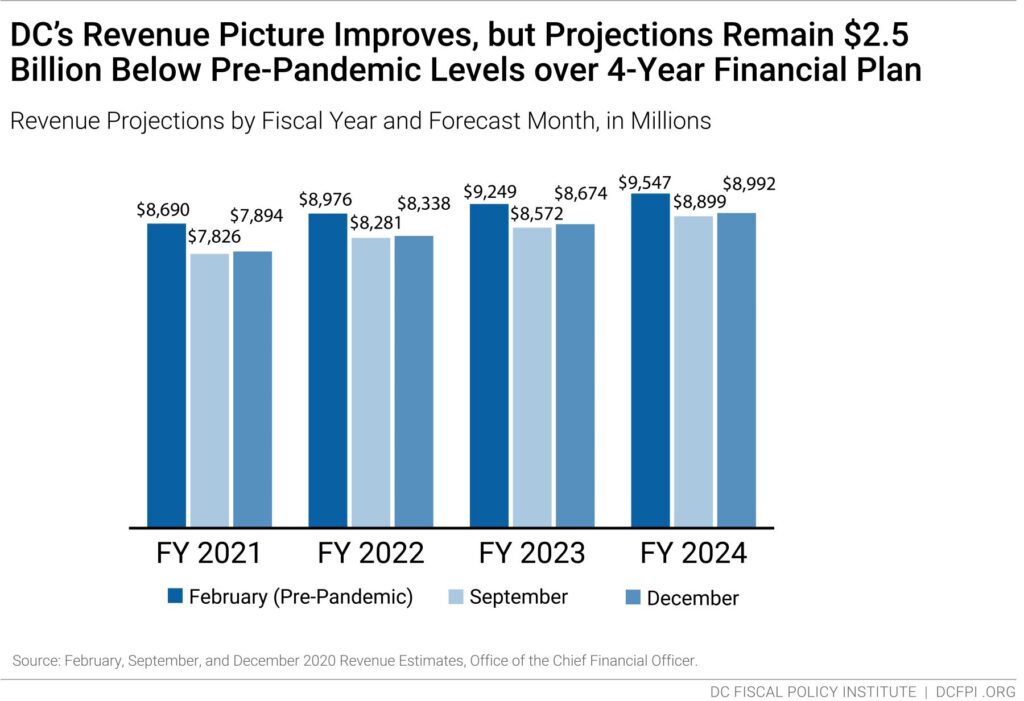 The revenue forecast, driven by economic forecasts, reinforces how the District’s economy is becoming more unequal. Some residents—primarily white ones—are poised to come out of the crisis fine or even stronger, while the rest—disproportionately Black and brown ones—remain trapped in decline and uncertainty.  Unemployment is rising, yet the number of high-end professional jobs is growing, and strong home sales have pushed the average home sales price to over $900,000, requiring an income of about $175,000. DC’s revenues are being boosted by higher-than-expected capital gains, from a surging stock market, with nearly all of that income going to the richest households.

Black, Latino, and immigrant households are suffering the worst under the pandemic.  The disproportionate racial harm of the pandemic reflects longstanding inequities, stemming from structural racism in education, employment, housing, and health care.

Expanding targeted support to DC residents will likely require the District to raise revenues or use more of its reserves, and this should be done by increasing taxes on DC’s wealthiest and highest-income residents and big corporations. The Mayor is expected to release her supplemental budget for FY 2021 in the next few months. It is fair, and urgently needed, to ask more from those wealthy residents so the District can fund and preserve funding for lifesaving programs. This approach will provide badly needed stability to those hurt most by the pandemic, and pump more money into consumer spending, thus helping the entire city recover faster.