The District’s economy has grown substantially since the Great Recession, but the city’s economic rebound hasn’t lifted more residents above the poverty line, or boosted the incomes of people of color, as new data released today by the U.S. Census Bureau show. These trends point to the need to ensure DC residents can more equally benefit from the city’s growing prosperity.

The city’s median income reached $75,600 in 2015, an increase of about $4,000 over the previous year, and $13,000 above the pre-recession 2007 level, after adjusting for inflation. This gain follows the nationwide trend that median incomes are increasing. 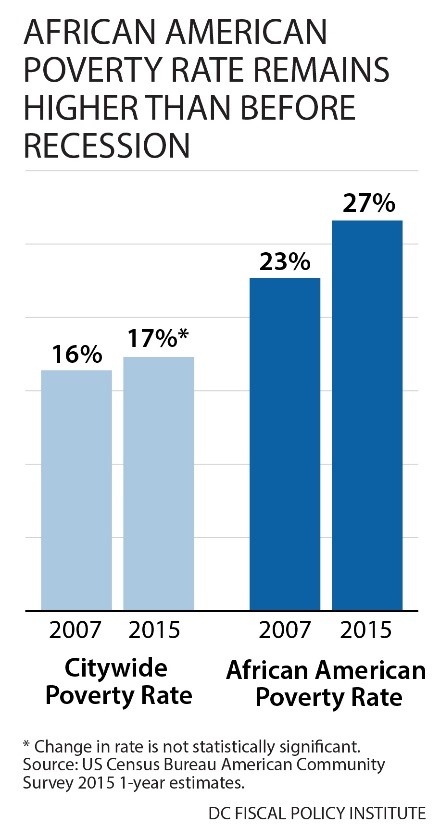 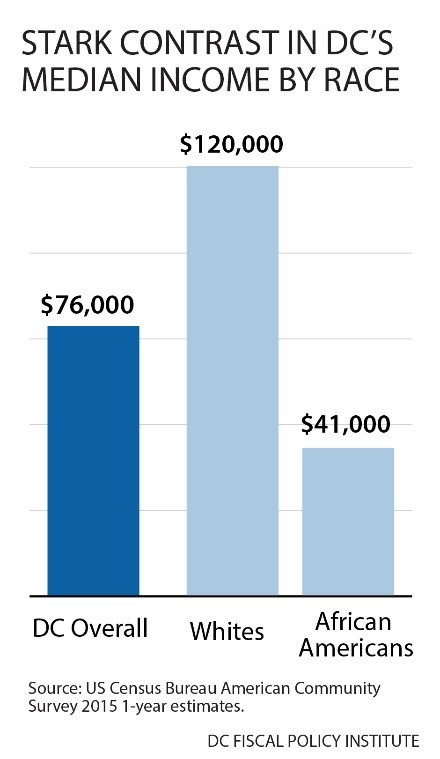 Poverty is correlated with educational attainment, because without a high school diploma or a college degree, it is difficult to find and hold a good quality job. The poverty rate for DC residents with less than a high school degree was 33 percent in 2015, versus just 5 percent for those with a bachelor’s degree, and twice the rate of the population overall. These differences have been largely unchanged over time. DC residents without a college degree have seen falling wages, while college-educated residents have experienced an increase in pay, previous DCFPI research has found.

These data underscore the fact that the city’s new and growing prosperity has left many poor residents and people of color behind.

The city should do more to ensure that all of DC’s residents—including communities of color—share in the city’s recent economic growth. These policies can include:

Before the Pandemic, DC’s Economy was Booming, but COVID-19 is Increasing Hardship

Pandemic is Throwing Many DC Residents into Financial Distress