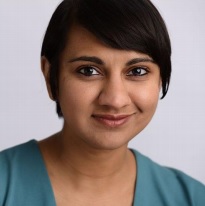 Before joining DCFPI, Kamolika worked as a State & Local Policy Manager for Prosperity Now where she advocated for policies that promote financial stability, wealth, and prosperity for low- and middle-income communities. Prior to her graduate studies, Kamolika spent several years working in cybersecurity for the federal government. She has also worked in child welfare through AmeriCorps and taught English in Shenzhen, China.

Kamolika received her Master of Public Policy (MPP) from the Ford School at the University of Michigan and Bachelor of Arts (BA) from Vassar College in Poughkeepsie, New York.

Originally from New Jersey, Kamolika spends much of her free time on I-95 visiting family and friends up and down the Eastern Seaboard. She also enjoys cooking and perusing bookstores.

Kamolika is excited to research and advocate for affordable housing and workforce development policies in the District.

Please join us in welcoming Kamolika!

New Report: The Funding Roadmap for Educational Justice in DC