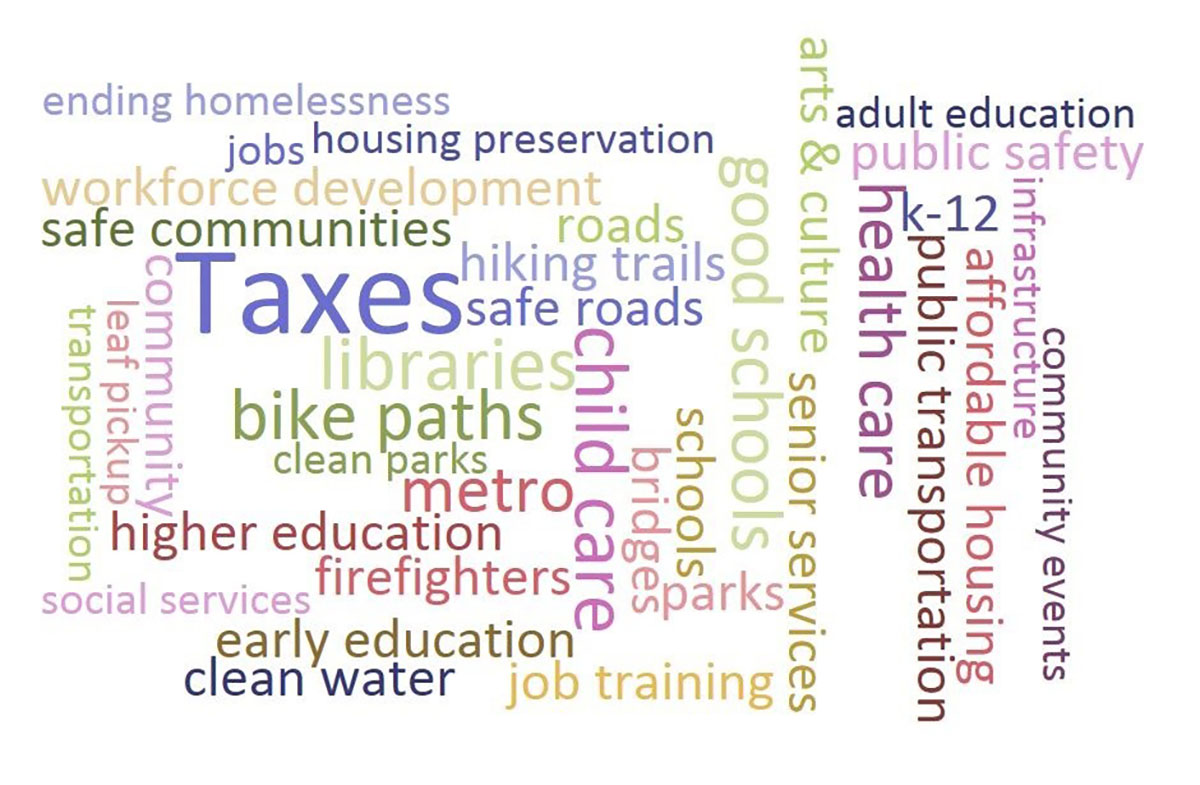 You probably know a thing or two about DC’s taxes, assuming you recently filed a return for 2016. (If you haven’t, stop reading this right now and pull up those tax instructions, since today’s the deadline!)

But I bet there are a few things that you still haven’t learned yet, starting with the fact that taxes paid by DC residents—counting income and other taxes—are the lowest in the region.

On this Tax Day, it’s important to remember that thriving communities are made possible by taxes, and the evidence is all around us. You literally cannot leave your home without using the sidewalks, roads, bike lanes or public transportation created with tax dollars. Families in DC know that the city has made important investments in DC Public Schools and a major commitment to public charter schools. DC now has great playgrounds and rec centers, so families don’t have to look far and wide for something fun to do. Our libraries are beautiful spaces and open 7 days a week—what other community can say that? And the District has one of the highest rates of health insurance coverage and one of the most successful health care exchanges.

It’s also encouraging to know that DC brings us these great things with taxes that are either lower than or similar to taxes in nearby jurisdictions.  Here are three fun DC tax facts.

1) Taxes on DC Residents Are Lowest in the Region! DC residents at a wide range of income levels—from $25,000 to $150,000—pay less than our suburban neighbors, according to DC’s Chief Financial Officer. At income of $100,000, combined DC taxes are $500 lower than in Fairfax County, almost $1,000 lower than in Arlington County, and $1,500 lower than in Prince George’s County or Montgomery County.

2) Taxes on DC Business Are Similar to Maryland and Virginia Taxes!! A study done for DC’s Tax Revision Commission concluded that “the tax burden in the District for C?corporations is not significantly different from its Maryland and Virginia neighbors.” The study noted that you shouldn’t just compare DC’s business income tax rate—now 9 percent—with the 6 percent Virginia rate and 8.25 percent Maryland rate, because that’s an incomplete picture of the taxes businesses pay. In particular, Virginia businesses pay a gross receipts tax in addition to their basic income tax. DC has no gross receipts tax.

3) Taxes on Low-Income DC Families Are among the Lowest in the Nation!!! The District has done a great job keeping taxes low for poor residents, through tools such as an Earned Income Tax Credit (EITC) for working residents who don’t earn much, and a tax credit (Schedule H) to hold property taxes down for low-income households. Taxes on DC families earning around $20,000 are second lowest among DC and the states, and $1,200 lower than if DC taxes were at the national average rate.