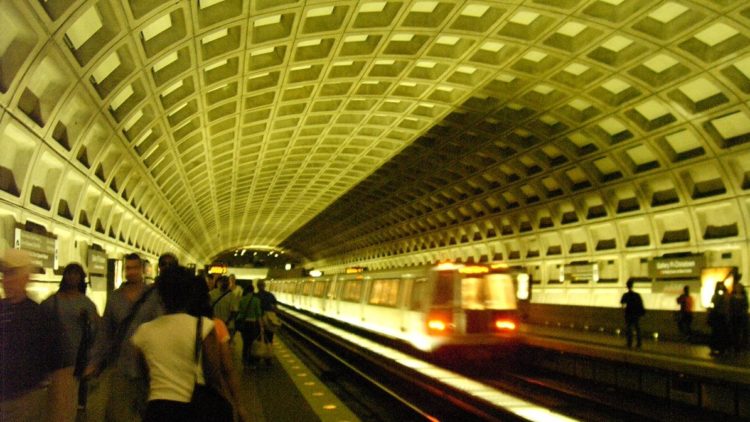 DC Councilmember Charles Allen introduced a bill to make public transit more affordable and encourage residents to use public transit—by giving most adult residents a $100 monthly transit subsidy—and adding new bus lines in neighborhoods that need them the most.[1] Yet, these highly laudable goals are wrapped up in a bill with serious flaws. Allen would pay for the new program with a misguided funding mechanism that devotes 100 percent of future increases in DC’s revenues to this program, leaving no new funds for other pressing needs, such as affordable housing and education, and limiting the ability of the Council to debate how to spend new money. It also misses the mark by giving every DC resident the same transit subsidy, regardless of income or household need, rather than targeting the right level of assistance based on need.

DCFPI recommends the Council fund this initiative through the regular budget process, including considering sensible revenue increases to cover the cost, and revise the stipend program to target residents with the highest needs.

There is no doubt that a new transit subsidy providing thousands of dollars of benefits to all residents would have a big cost—and thus compete with the ability to fund other needs, such as child care and health care. Yet, rather than identifying a new revenue source to pay for the new benefits, estimated by Allen to cost up to $151 million annually, he proposes using “future revenues” to cover the costs. The bill would set aside every dollar of future projected increases in the city’s revenues—starting today—to pay for the new initiatives. If, for example, our Chief Financial Officer projects in June that total revenues will grow by $50 million due to an expanding economy, all $50 million would go toward this new transit program, with no review or debate by DC Council about other ways to use the funds.

This is a misguided funding mechanism because it:

The more fiscally responsible and transparent approach would be to fund these initiatives through the normal annual budget process, allowing future lawmakers to debate its merits alongside other programs that are important to families. Given the size of this new program, it also would make sense to consider ways to increase revenues—such as by closing loopholes or increasing taxes on higher-income residents and successful corporations.

$100 a Month is Too Little for Some, and Too Much for Others

The $100 monthly transit stipend would go to most adult District residents, regardless of income, once the bill is fully phased in and funded. The program would prioritize the lowest income residents first, and then phase in the program to include the remainder of residents.

A new program to make public transit affordable should support residents based on what they need—as a matter of equity—rather than giving everyone the same. Equity is important in a city facing stark levels of income inequality and where tens of thousands of people live on the economic margins. The new program fails to account for how families face different economic conditions and different transit needs.

Subsidizing residents who don’t need additional help affording transit options means that the program both costs more overall and forgoes the opportunity to boost the maximum benefit to a higher level for those needing the most help. Rather than subsidizing families that can already afford transit on their own, a more equitable approach for the subsidy program would be to cap income eligibility and target assistance to those with the greatest need. Under an income cap, subsidy amounts could vary with those facing the greatest economic challenges receiving the highest stipend.

Revising the transit subsidy stipend to center equity rather than equality would complement the bill’s other dedicated fund, which already centers equity by targeting expanded transit options in underserved areas (rather than all parts of the District).

Again, Councilmember Allen should be commended for recognizing that transit affordability and access is a major challenge in the District, but we encourage the Council to revise the funding mechanism and make the subsidy program more targeted and equitable.

[1] Adults who already receive a transit subsidy via their government employer are not eligible for the subsidy. Students with Kids Ride Free Program SmarTrip cards are also excluded.