Today, the DC Fiscal Policy Institute released Taxes in the District: The Evolution of DC Tax Rates Since the Early 2000s, a report highlighting tax trends in the District over the last two decades. 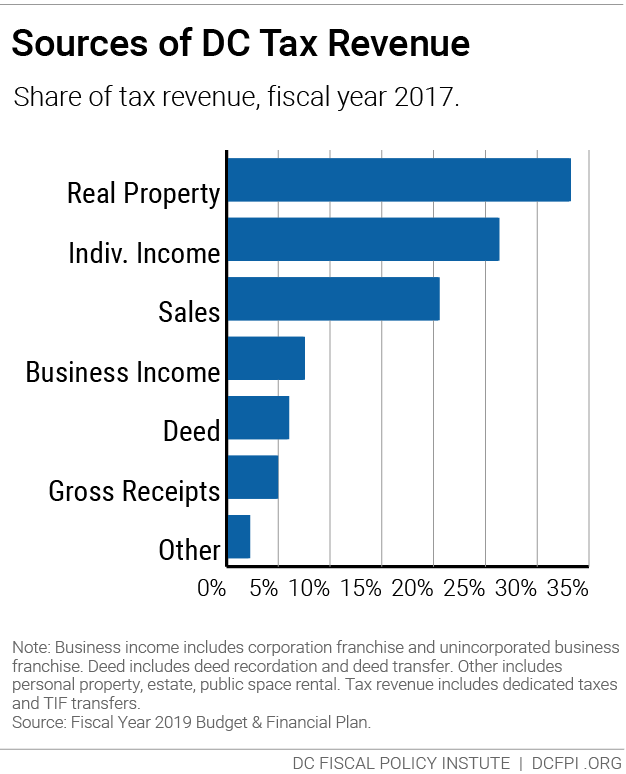 The report also notes steps the city has taken to make its tax code more progressive. Increasing the number of brackets in the income tax system has helped distribute tax responsibility across District residents in a more fair and balanced way, so that residents with lower incomes owe a smaller share of their income in taxes than residents with higher incomes. Yet recent tax cuts for high-income residents have undermined this progress.

The District has also expanded tax relief for working DC residents with low earnings through changes to the DC Earned Income Tax Credit (EITC). Most recently in 2015, expanded eligibility and credit levels for workers without children in the home led to the DC EITC reaching 10,000 more DC workers, particularly those who receive low or no tax relief through the federal EITC.

“While the District has taken important steps to make our tax code more progressive, we still have more to do to make sure our tax code is equipped to address the city’s persistent inequality,” said Hannah Kohanzadeh, Policy Research and Development Assistant at DCFPI.