The DC Council took an important step last week to strengthen the safety net for workers, with a proposal to increase unemployment benefits for the first time in a decade. DC’s maximum unemployment benefit has been stuck at just $359 a week since 2005, despite the city’s sharply rising costs of living. The new legislative proposal would increase the maximum weekly benefit and then make sure it is adjusted for inflation each year, along with other changes to help unemployed workers. These are important steps to keep workers from falling into a financial crisis when they lose a job. Strengthening unemployment benefits helps businesses, too, by supporting consumer spending. 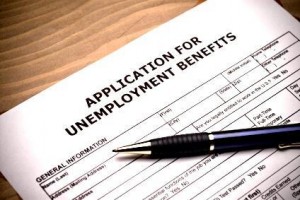 affing. Workers can get benefits for up to 26 weeks and must be looking for work to get this help. In DC, benefits replace half of a worker’s former wages, but only up to a maximum weekly amount.

Despite the importance of unemployment insurance, DC’s benefits have been neglected for a decade. The maximum weekly benefit of $359 has not been adjusted since 2005 — and would be about $100 a month higher today if it had been adjusted for inflation every year. The maximum DC benefit is lower than in Virginia and Maryland, and in fact, lower than in a majority of states. DC’s benefits work out to just about $1,500 a month, a challenging amount for anyone to try to live on in the District.

The new proposal would help make up the lost ground. The maximum unemployment benefit would rise to $430 a week, matching Maryland’s benefits, and would be adjusted for inflation every year. The legislation also would ensure that all workers can get 26 weeks of help if needed. And it would make it easier for unemployed workers to take a part-time job while looking for a full-time job, by allowing them to keep more of their unemployment benefits. These increases would likely be possible without asking employers to pay higher taxes that fund the unemployment system. That’s because DC’s unemployment insurance fund is very healthy and has been running surpluses in recent years.

Strengthening unemployment benefits is important not only to the affected workers but also to the city as a whole. When workers lose a job and income, they have less to spend on rent or their mortgage, groceries, clothing, and other needs. That means that businesses also suffer when someone loses a job. When unemployment rises city-wide, such as in a recession, unemployment benefits help keep businesses afloat by making sure residents have money to spend.