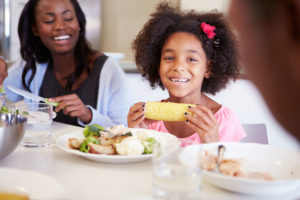 With Thanksgiving upon us, long lines for turkeys and holiday food baskets are a sobering reminder that too many District residents struggle with food insecurity and hunger. Nearly one in nine District households—about 34,000 —have trouble regularly putting wholesome meals on their dinner tables, according to federal data. On any given day, many of our neighbors trying to survive on low-wage jobs or modest public benefits face difficult tradeoffs between having enough food and paying for rent, child care, utilities or other needs.

The USDA definition of food insecurity applies to households that have had difficulty at some time during the year providing enough food for all their members due to a lack of resources. More than 10 percent of District households struggle with food insecurity. This means they face times when food runs out but there is no money to buy more or when they can’t afford to eat a balanced meal.

Although DC is more than a decade into a major economic recovery, high rates of food and economic hardship persist due to ongoing barriers to economic opportunity—such as skyrocketing housing costs, jobs that don’t pay a living wage, and food deserts. The District’s economy is booming, but the gains aren’t leading to shared prosperity.

This holiday, we think about those who face the overwhelming challenges related to food insecurity each day. We are committed to working for a DC where all residents have adequate incomes and the resources needed to have food security each and every day.