Education and Enforcement Are Key to Making Sure Workers Benefit from Minimum Wage and Other Changes
Skip to content
Back to the Blog >
Share :
Share this... 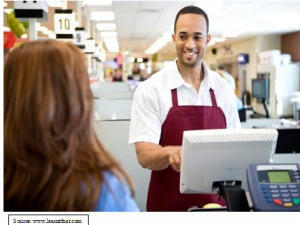 The District’s leaders have adopted a number of new benefits and protections for people who work in the city, and now it is important to make sure they are fully implemented and enforced.

The city’s minimum wage will rise to $11.50 an hour in 2016, and all workers in the city earn paid sick leave starting with their first day on the job. Legislation adopted in 2014 prohibits employers from asking about an applicant’s criminal record until a job offer has been made. Pregnant workers have the right to reasonable accommodations and are guarded against discrimination. Unemployed residents are now protected against job discrimination.

These new benefits and protections are only meaningful, however, if both employers and workers are aware of them, and if the District makes sure they are enforced. The city should take vigorous steps to inform workers and businesses of these new rights and benefits, and it will need adequate staff to enforce them, including responding to instances when employers fail to comply. The DC Fiscal Policy Institute and others recommend additional resources be provided in the following ways: