DC Paid Family Leave Is Still Just a Dream: The DC Council Should Stop the Holdup
Skip to content
Back to the Blog >
Share :
Share this...

DC’s paid family and medical leave program was passed a year ago, yet it’s being held up because the DC Council is considering bills to “repeal and replace” the program. The Council should act soon to resolve this issue, so that workers can take time off from work—without having to worry about their finances—to be with a new child, care for an ill relative, or address their own health needs. 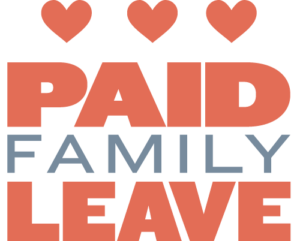 The DC Council adopted legislation a year ago—the Universal Paid Leave Act (UPLA)—and provided funding for start-up costs. So it should be ready to go. Yet the Bowser Administration, which has made some progress toward implementing paid family leave, has understandably held off on taking major steps because the Council is considering alternatives that could dramatically change how the program is run. The Council had a hearing on the alternatives in early October, but it’s not clear what will happen next—or when.

If the delay continues, plans to implement the new program in less than two years will likely have to be pushed back.

The program adopted last year by the DC Council is superior to the alternatives that would replace it. UPLA is based on a proven social insurance model used in other states, with many strong features: a transparent system for workers, minimal administrative burden on employers, and low overhead costs. Economists and other experts testified before the DC Council this October in strong support of UPLA’s model. They noted that the alternatives—which would have some or all employers provide benefits directly rather than through a public fund—are untested, not based on any evidence, and would likely make it more difficult for many employees to get their benefits and create incentives for employers to limit or deny leave to their workers.

The DC Council’s last legislative session of 2017 is being held today, and paid family leave is not on the agenda. As 2018 approaches, we hope the Council will act to reject alternatives that would weaken DC’s paid family leave program before it starts, and move quickly to implement the strong program adopted over a year ago.